Is it me or is it true that during this time of the year there are exceptionally many birthdays? For some reason loads of people have their birthday in fall. That’s why I decided to make some cool birthday cards.

These cards are really easy to make and much more personal than a store-bought card. 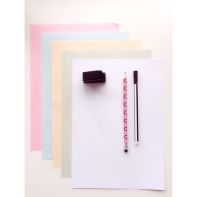 I decided to use four pastel-coloured papers for these cards in pink, light blue, light orange and light green. I think they look really cool together. I used 1/4 of an A4 cardstock paper for each card. 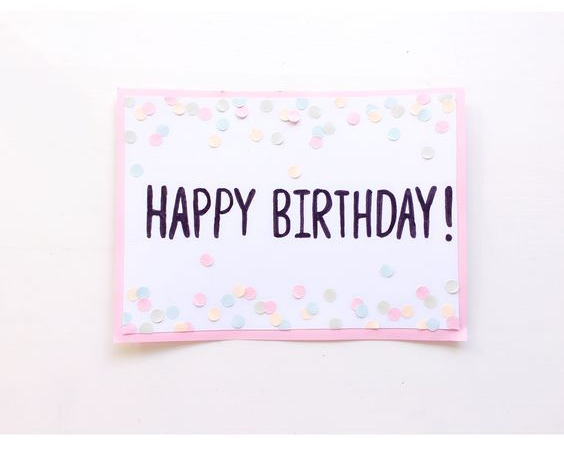 Step one: Writing the letters

To make this card, start with sketching out the letters and filling them in with a black marker. I decided to use round capital letters spelling ‘Happy Birthday!’ 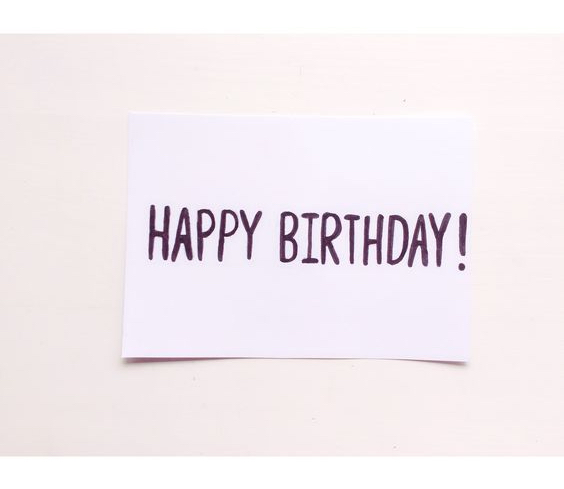 Then, cut small pieces from all your coloured paper. Stack these onto each other and punch holes in them with the hole puncher. Make sure to keep all the punched out holes, these are going to be your confetti.

Step 3: Sticking the confetti to the card. 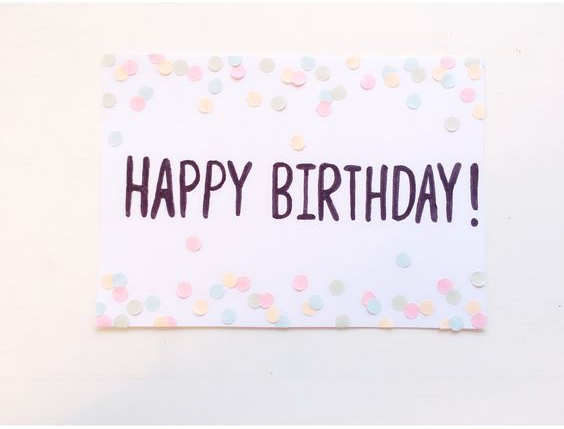 Then, stick all the confetti to the card. I decided to stick a lot to the sides and just a few near the middle for an ombre-ish effect.

This step is optional, but I decided to add a coloured border by sticking the card onto a slightly bigger piece of pink paper.

This card is really easy to make, but still so cute!

Start with drawing two (or however many you want) lines on the card with a black pen.

First, draw two lines on the coloured paper, two centimetres apart. By drawing crossed lines between them you get a pattern of triangles: 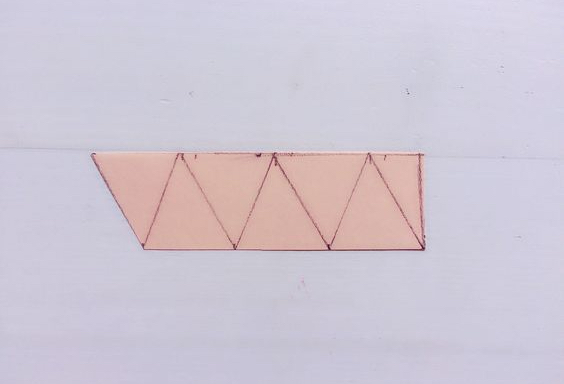 Cut these out and you’ll have a bunch of coloured flags.

Step 3: sticking the flags to your card

Stick the flags right under the black lines. You can choose to do this in a pattern if you want.

The last step again is to add a coloured border around your card. I chose for a light blue border.

This last card doesn’t really have a lot to do with birthdays but it does look really cute, don’t you think? And of course, you can still use it as a birthday card!

For this step, I decided to print out a little hexagon template and trace it onto the different coloured papers. You can also draw them by hand if you prefer that. Then I cut them out using my scissors. I ended up needing about four of each colour. 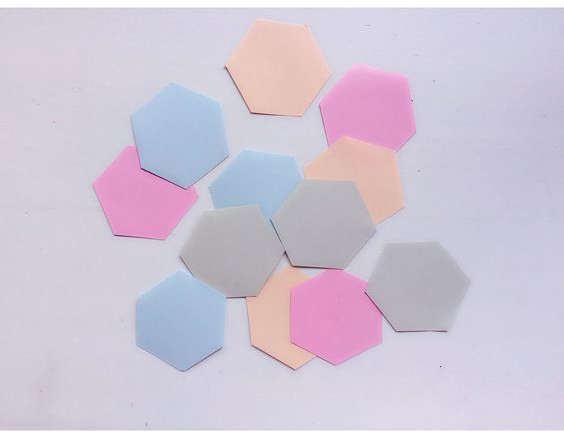 Step 2: Sticking the hexagons to the card.

Stick the hexagons to the card in a beehive pattern, leaving a little gap between each of them. At the edges, I used parts of the pink and blue hexagons and cut off the excess.

Again, adding a border is optional. I decided to add an light orange border.

That’s it! Here are all the cards together:

I think they look so cute as a set and they were so easy to make!

Which one do you think is the prettiest? Let me know in the comments!